Digital giving at Church of England

We've recently been supporting the Carlisle Diocese of the Church of England with a pilot scheme aimed at rolling out digital giving devices across the UK.

It was truly exciting to engage with churches in across Cumbria and the Lake District, to kick off what is part of a £1.25million investment from the Church of England.

Good With Devices supplied and installed Donation Stations into churches across the Carlisle Diocese, acting as a test bed for the introduction of contactless fundraising technology into its churches.

Certainly it was fascinating to hear why the Church of England is venturing into digital giving. Interviewed on BBC Radio Cumbria, Grace Emnett, National Giving Manager at Church of England, said of the project:

"We're so used to using card...much more than cash for the most part, particularly over the course of the last

"That's become really important [for churches]...who are really relying on people's generosity to kind of keep their doors open."

Listen to the full interview here, with captions. 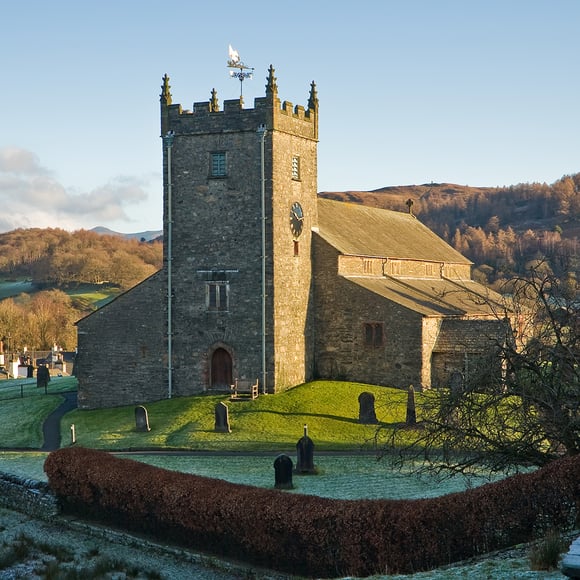 The Carlisle Diocese features many beautiful churches, visited by              tourists and congregations alike, like St Michael & All Angels Church in           Hawkshead, Lake District.

Get in touch to ask us how GWD can help improve your organisation with purposeful products and services.

Our experience goes back two decades, with a foundation building and providing critical digital services and products for the financial services and retail industries.

With a long-proven ability to handle challenging projects and a team of trusted experts, we work hard to solve problems and deliver change that helps others.

More blogs on this topic:

Why is The Church of England going contactless? An interview on BBC Radio Cumbria
Digital giving at Church of England
Reopen culture with conscious fundraising.
Culture Recovery Fund grants can be used for Donation Stations

Get our weekly newsletter updates.